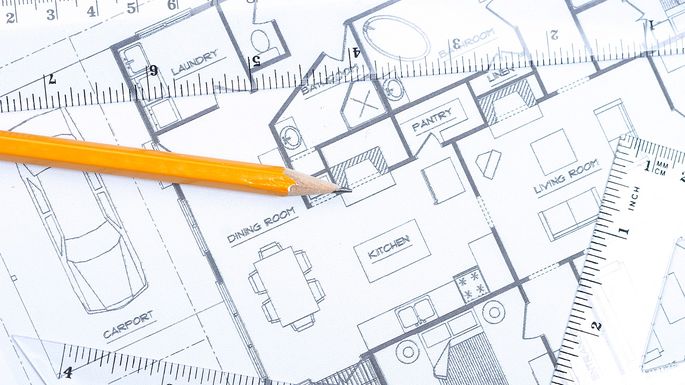 The U.S. housing market may not be synonymous with the business cycle, as a famous 2007 paper proclaimed, but the ups and downs in housing, which represents a big part of the economy, usually do offer hints about what’s going on more broadly.

That’s why economists closely watch housing market indicators like sales volumes and home prices — as well as how Americans are accessing the market and managing their obligations to mortgages, rental costs, taxes, and so on.

But small details about the housing market can say just as much about how well Americans, and the broader economy, are doing. On Tuesday, Rob Dietz, chief economist for the National Association of Home Builders, posted a research note about one in particular: the size of newly-constructed single-family homes.

As Dietz explained, “Typical new home size falls prior to and during a recession as home buyers tighten budgets, and then sizes rise as high-end homebuyers, who face fewer credit constraints, return to the housing market in relatively greater proportions.”

That’s intuitive. The bigger question, as always, is about the specifics of what we’re seeing right now. The median size perked up at the beginning of this year, as the housing market shook off a difficult 2018.

But overall, sizes have been on a downward path since mid-2015. 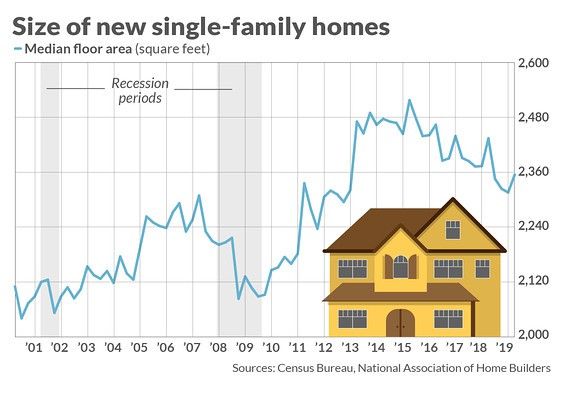 “Current declines in size indicate that this part of the cycle has ended, and size will trend lower as builders add more entry-level homes into inventory and the custom market levels off,” Dietz wrote.

In an interview with MarketWatch, Dietz explained a bit more. Existing-home sales, which have only eked out a gain in two of the last 12 months, “would say we’re past cycle peak but new construction should continue to trend up, which would suggest it still has legs left.”

In the post-recession economy, entry-level buyers were unable to break in to the market. But now their pent-up demand could help elongate the housing cycle, Dietz thinks, echoing a sentiment from executives at D.R. Horton.

It may even help cushion the overall economy from a near-term downturn. Dietz has no recession in his forecast for the foreseeable future.

Previous
Pending Home Sales Climb 3.8% in March Next
How to Get Home Improvement Loans With No Equity